It’s been a week since I turned 30, so I figured I should write about it for posterity’s sake!

From Thanksgiving through my birthday in early January, there’s normally a weird, stressful vibe in my life. B and I both tend to work 50+ hour workweeks because of our respective full-time jobs and our shared part-time gig. Plus there’s family fighting and all that junk which always comes up at this time of year. (I honestly can’t remember the last time I didn’t cry on Christmas Eve/Day.) Finally, I really do not like the winter, to the extent of looking into SAD therapy lights to help me make it through. Needless to say, birthdays can be emotionally erratic .

When my 30th arrived, I was surprised at how awesome it was! It was a low-key, fun day: texts from friends; raspberry-and-chocolate chip pancakes; a solid gym visit. B had been worried that my gift wouldn’t arrive in the mail until the USPS truck rolled up outside our house.

What was in the package? Just the prettiest necklace that I’ve wanted for a couple of years now!

(You can find other stunning wax seal pendants from Plum and Posey here.)

We finished the day with a fancy-schmancy dinner with friends downtown, where we feasted for hours! When we came home — stuffed and waddling — B and I took some photos and then he finished my favorite birthday cake. By midnight, I was fat and happy.

A week before my birthday, I had attended a “new year, new you” yoga class. While the title was silly, it was taught by a teacher I love. During the session, he shared his own emotional journey to yoga, even tearing up in front of a class of 30 students. That raw honesty — especially about a lot of the same personal problems I share — moved me and struck a deep cord. The instructor explained the pratfalls of setting New Years’ resolutions, how they’re created out of anger or frustration with oneself. Instead, he offered the alternative, more positive idea of setting intentions, which allow one to return to them in the event of failure.

While I never make New Years resolutions, I have made birthday ones for years, seeing it as a more personal promise to myself. And this year, I’ve decided to rename this endeavor “birthday intentions,” mainly because I’m human and I fail, but this re-titling, hopefully, will allow me to return to these tabula rasa-style.

Already 2016 has been one of major change: I turned 30; have been a home owner for a year; returned to work with a major promotion; and lost my closest, bestest colleague to retirement.

While there’s a lot more suddenly expected of me, my biggest aspiration to care for myself first and foremost. How exactly?

I’ve joke often that I cut myself out of my life first when work needs doing: I’ll commit 60+ hours a week to the museum and theatre and make myself miserable. That’s stopping. I’m taking days off. I’m going home when my time is done. I’m not using “but I have to work” as excuse when friends want to hang out. While I need to work two jobs still, my first priority is me.

With that all said, I really need to start caring for myself on a physical level. This past December, I don’t know how often I would come after a double, sit on the couch and sob because I hurt. I had seven or eight knots up and down my back and constant headaches; I was simply exhausted. It wasn’t pretty. And I put on weight too. This year, I’m intending to lose some weight (10 pounds would be perfect, 20 preferred by my doctor). I’m recommitting to running and yoga and drinking water and sleeping and eating well.

“Eating well? But, Jenn, you don’t cook!”Guess what else I’m endeavoring to do, folks! Those who know me “IRL” know my aversion to cooking food, but I’m realizing how impractical it is to subsist on take-out, both physically and financially. B and I have taken turns cooking this week: Italian wedding soup, Thai-style chicken pumpkin stew, and, last night, salmon and “poor man’s risotto” (yum!). I forget how nice it is to have a built-in lunch plan, as well as how my week’s half of groceries is the equivalent of  eating out two or three times.

Holy cow! Cooking at home saves cash! As does being intentional and decisive when buying stuff. I tried out the KonMari method at the beginning of the new year and I’ll admit that throwing away a lot of stuff really sparked a desire to cut back on spending. Sure, I’ve been online window shopping for pretty dresses, striking work-out clothes and snazzy shoes, but I haven’t committed to anything because I don’t want to waste: cash, space and time (because I regret-return stuff a lot too).

And finally: I want to have friends! (Whaaaaat?!) This sounds weird, right? I’ve admitted that I’m anxiety-ridden and shy. But I’ve had three separate conversations this week with other people about how they feel the exact same way. So I’m really going to attempt to stop letting my flight reflex control my sociability; I know a lot of awesome people liminally and I don’t want to waste time not being friends with them. I got my first taste this past weekend – between a bookclub meeting, birthday dinners and a catch-up lunch — and I loved feeling like a new me.

There you have it, kiddos. My long-winded recap of birthday festivities and my intentions for 30. Are there other things I’m endeavoring? Sure, but I’m thinking they’re really going to grow out of the wellness-plan I’ve already laid out for myself. 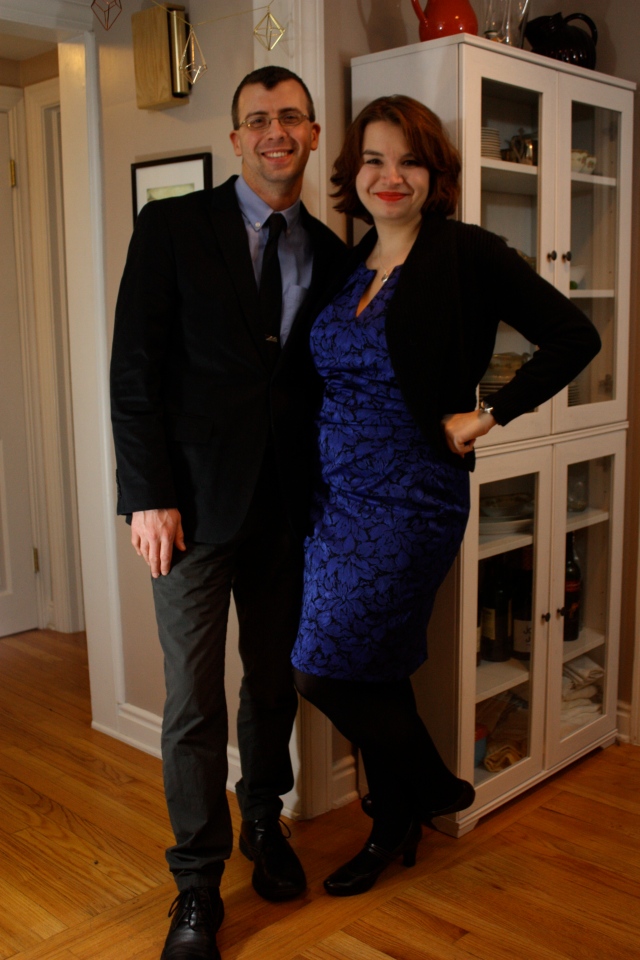 50 Years of Public Support for the Arts in Rhode Island

Notes on collections at the RIHS

Where have your shoes been?

A Pear to Remember

How to dress a pear shaped body

Tales of a happy lady

The Art and Craft of Blogging